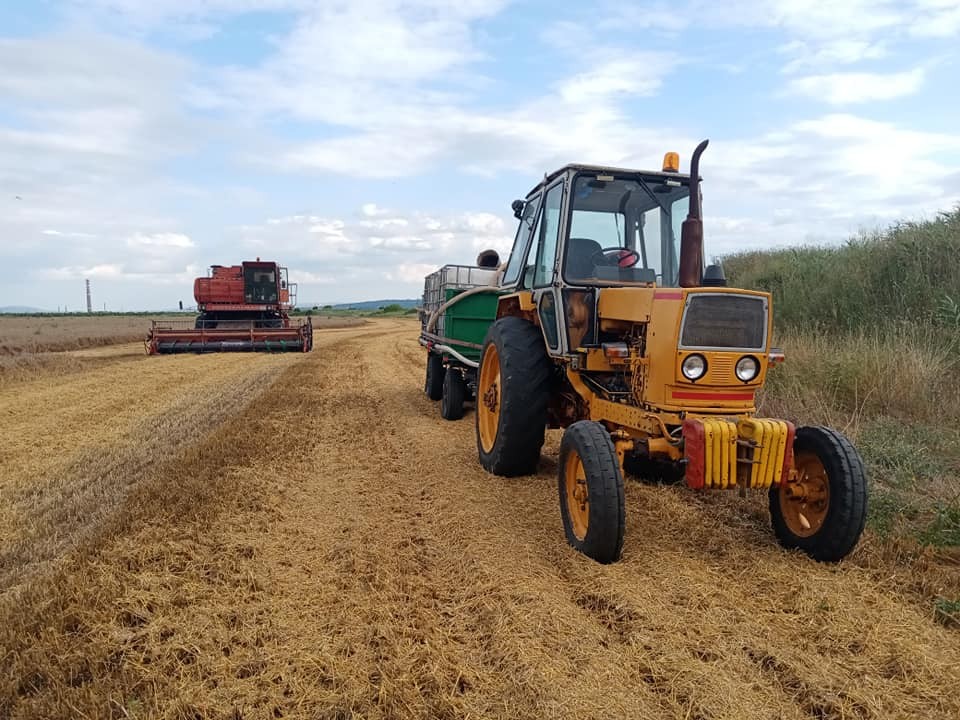 Oil price continues to rise from its two-week peak, which reached after US stocks of fuel and crude oil fell sharply. This suggests that summer demand remains strong despite new growth in coronavirus cases. US crude oil stocks fell more than expected last week to their lowest levels since January 2020. Crude oil stocks shrank by 4.09 million barrels last week, according to the Energy Information Administration. By comparison, the Bloomberg poll suggessted a decline of 2.5 million tons. Gasoline stocks also decreased by 2.25 million barrels.

Yesterday, CBOT SRW September wheat futures prices rose by 16 1/2 cents to close at $7.05 1/4 a bushel. Wheat has continued to gain momentum in recent days due to the consistent factors in recent weeks - drought in parts of the United States, Canada and central Russia. The average wheat yield in Russia is currently 3.46 tons/hectare (3.57 years earlier and 3.65 in 2019). Yields began to decline very rapidly when the campaign reached the central regions of the country. So far, a significant decline in the wheat production is not expected, because the areas this year are larger, but we are still in a period of decline. Field tests show a fairly low spring wheat yield of  24.6 bushels/acre (40.8 in 2019). In the week ended July 22, 2021, the export sales of wheat from the United States were 515,168 tons (473,166 tons a week earlier and 676,563 tons a year earlier). Export commitments totaled 8.1 million tons (9.52 million tons in the previous season). Among the biggest buyers were China and Mexico. According to data from field tests of spring wheat in the United States, the spring wheat production is likely to be the lowest for the 40 years.

Yesterday, Chicago December corn futures prices went up by 7 1/2 cents to close at $5.56 1/2 a bushel. Prices rose despite weak export sales. However, the abolition of old sales at this time of year is normal, and they are not so big now. Most likely, the USDA will review the total sales for the season and exports. Prices are supported by weaker corn yields in Brazil, a weak dollar, growth on the neighboring wheat and soybean market and rise in oil prices. The strongest factor for the rise in prices is the dry weather in the United States. There was precipitation, but it was only in places of the US Corn Belt and in different volumes. Yesterday, corn price in Dalian rose to 10.09 USD/bushel, which is not the highest level in recent months, but is still growing. Weekly export sales of wheat from the United States were negative with 115,231 tons (-88,491 and -29,321). The export commitments for the old corn crop add up to a total of 69.66 million tons (43.68). Sales of corn from the new crop were 529,256 tons (47,693 and 638,714) and export commitments for the new crop reach 16.66 million tons (8.33). Weekly sorghum sales were only 1,984 tons of old crop without sales of the new sorghum crop.

Yesterday, Chicago November soybean futures prices increased by 16 3/4 cents to close at $13.77 3/4 a bushel. Canola prices in Canada and in Paris fell, but palm oil prices in Malaysia rose. As with corn, there was support from the weak dollar, rising oil prices and the drought in the United States. Rainfall is urgently needed in Dakota, Minnesota, Iowa and Nebraska. This summer, rainfall has fallen in different areas and different volumes. Weather forecasts do not indicate for heavy rains. In the center and the eastern parts of the US Corn Belt, crops are in excellent condition so far, but for the successful completion of the season more moisture will be needed. Although temperatures are not expected to be particularly high, rainfall will also not be high for the next 10 days. The situation is similar in Canada. However, China continues to lag behind the expected pace of soybean purchases. Weekly export sales of soybeans from the United States decreased by 79,276 tons (62,038 and 200,910). Export commitments for soybeans reached a total of 61.91 million tons (46.60). Sales of soybeans from the new crop are 312,754 tons (176,267 and 3,344,170). Export commitments for soybeans from the new crop reached 10.18 million tons (13.73). Weekly soymeal sales were 87,325 tons and 73,116 tons of the new crop. Weekly soyoil sales were 2,166 tons and there were no sales of the new soyoil crop.