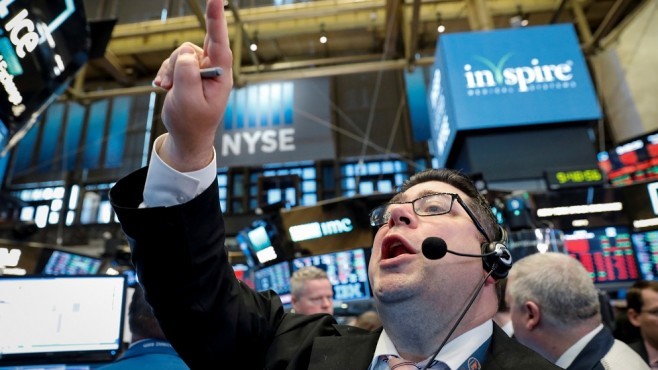 Yesterday, the Chicago Mercantile Exchange was closed due to the Thanksgiving holiday in the United States. In Paris, wheat prices went up, corn prices remained stable, and rapeseed prices dropped.

The price of oil fell minimally yesterday, after the earlier surprising decline in crude oil stocks in the United States which pushed prices up. However, analysts do not rule out weaker demand in the near future. U.S. oil reserves fell 754,000 barrels last week, according to the US Energy Information Administration (EIA), while analysts in a Reuters poll predicted an increase of 127,000 barrels. In addition, demand for gasoline for the week fell by 128 thousand barrels per day to 8.13 million barrels, which is the lowest level since June.

Yesterday, the stock exchanges in the USA did not work. In Paris, there were different price movements in crops. It turns out that many investors fix their profits, which automatically lowers prices.

For the last couple of days, the price dynamics in the grain markets has been down and Egypt held a tender yesterday. 175,000 tons of Russian wheat were purchased at the tender at prices similar to the previous tender. There were proposals from Russia, Ukraine, Romania and France.

The drop in wheat prices is also related to the news about the new production in Australia and Argentina. The market in Southeast Asia has already been taken over by Australian wheat. The production from the Black Sea region is still stable in North Africa, and its presence in the Middle East will be subject to fierce competition with Australian wheat. However, it should be noted that now the FOB price of Australian wheat is about 7 USD / ton higher than that of Russian wheat, which gives Russian wheat slight advantage given the high freight for wheat from Australia . The freight for the the route Australia - Saudi Arabia is 35 USD / ton, and for Russia - Saudi Arabia 30 USD / ton. Both indicators are for Panamax vessels .

As for oils, loss on the market applies to all oils. The negative price dynamics had effect on all oils. The big difference in the prices of sunflower oil, soybean oil and palm oil speaks for itself. The strong support coming from petrol prices should not be overlooked because it could potentially be crucial at some point in the future, but not now.

Some smaller Chinese importers of soybeans from the United States may cancel their deals for already purchased soybeans with delivery in December-January, given the sharply reduced margin of processors .

This is the overall trend in the market for now - when there is a decline, nothing is really interesting and exciting.