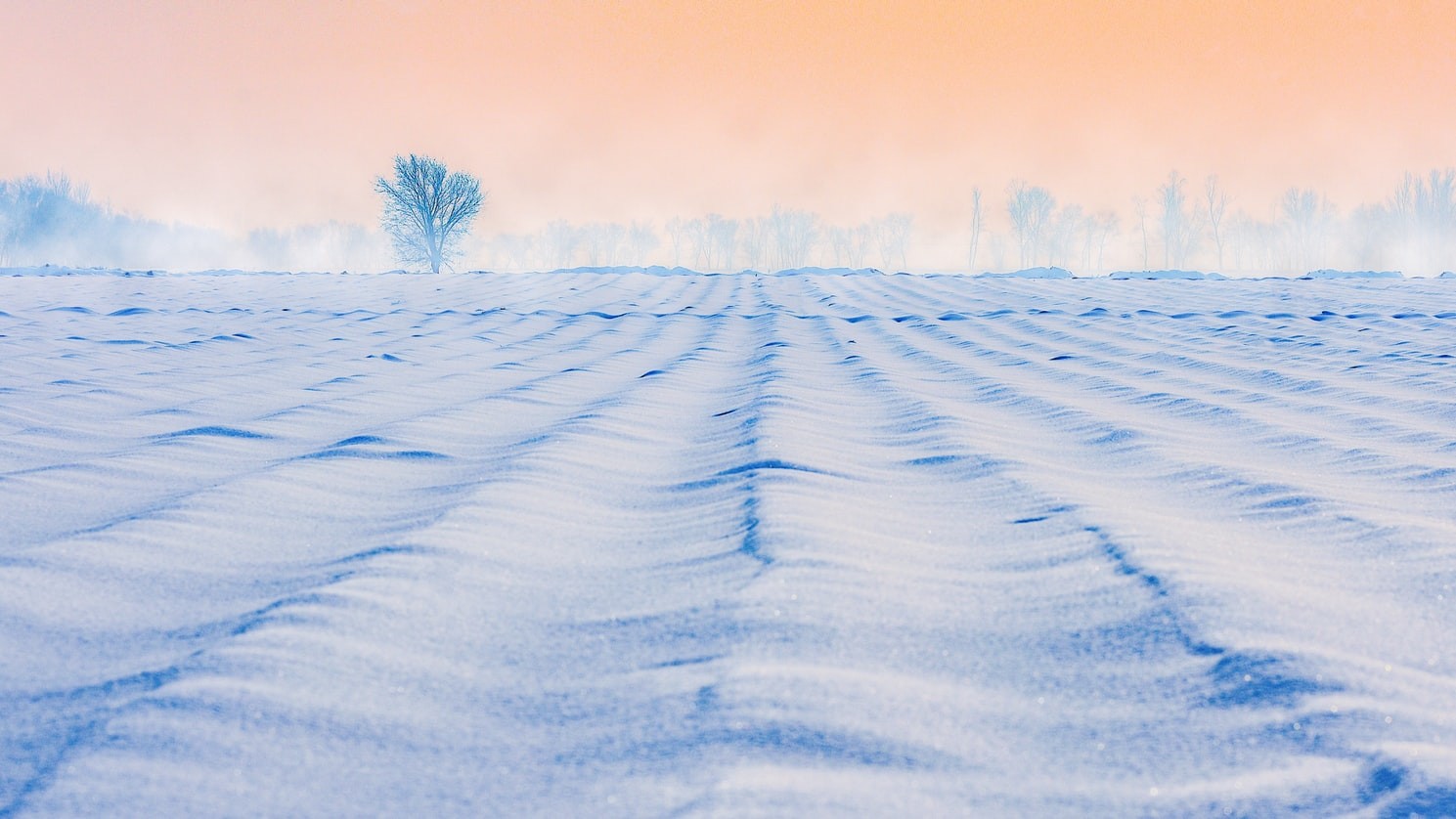 Over the past week, CBOT SRW wheat prices rose slightly (with the exception of the decline in the March contract), corn prices rose moderately and soybean prices went up for another consecutive week.

Oil prices continued to rise on Friday. Saudi Arabia's decision to reduce oil production had an impact on the oil market. Another key trend on the market is the strong global stocks, supported by excessive liquidity, which caused new purchases of oil. We are likely to see price changes in fuels soon, as they do not reflect the current fuel demand and the current state of global economy.

Chicago March SRW wheat futures fell by 3 1/2 cents to $6.38 3/4 a bushel on Friday. Analysts expect the area planted with ​​winter wheat in the United States to be 31.528 million acres (slightly below the previous estimate and 6% more than last year). The Buenos Aires Grain Exchange raised its estimate for the wheat production in Argentina from 16.8 million tons to 17 million tons.

On Jan 8, Mar 21 CBOT Corn closed at $4.96 1/4 a bushel, up 2 1/4 cents. According to analysts, the average estimate for corn stocks in the United States as of December 1, 2020 is 303.6 million tons. The Argentine government has agreed to reconsider the recently adopted decision to suspend corn exports from the country until March 1, 2021.

CBOT March soybeans features closed up 19 1/2 cents at $13.74 3/4 a bushel on Friday. Analysts expect soybean stocks in the United States as of December 1, 2020 to be 79.4 million tons and the ending stocks for the season are estimated at 3.78 million tons. The yield for the season should be reduced by 0.2 bushels/acre and the total soybean production should be decreased to a total of 113.1 million tons.

Accumulated US Export Sales, for the week ended December 31.

There have been no severe frosts anywhere in the world's productive areas over the past week. There was rainfall almost everywhere, but we can't say that it has been sufficient, especially in Argentina.

Exports from the United States remain very good for all crops. US Weekly soybean export sales were very low due to the cancellation of contracts by Chinese buyers. Sales of corn and wheat also were not great. Exports from Ukraine are falling, but the figures are for a week with less than 5 working days. However, corn and wheat are definitely reduced in exports.

The highlights of the week were not many - the drought in Argentina (forecasts of new precipitation) and the upcoming USDA January report, which will be published on Tuesday.

The soybean harvesting season will soon start in Brazil. This year, the dynamics in the soybean segment in South America is high and it will affect American farmers and consumers around the world. Brazil's soybean stocks remain very low after China bought 2.7 million tons of soybeans from Brazil in November 2020. Soybean growing conditions in the Brazilian state of Mato Grosso remain stable. Even if the conservative forecast for the Brazilian soybean production of 130.6 million tons is realized, it will be 4% more than the production of the previous season- 125.1 million tons. Can Brazil be at risk of new exports to China beyond its capabilities? This is unlikely to happen given the high domestic prices of the crop. At the end of Dec 2020, farmers have sold 70% of the new crop, which greatly tightens the global liquidity of soybeans. The country has already imported 0.6m tons of soybeans to fill the 2019/20 shortage. At the same time, exports accounted for a record 73% of the old 2019 crop. By mid-December, only 64% of the new 2020/21 crop was to be exported. Chinese demand for soy products continues to grow after recovering pig production. The Chinese expect the herd of pigs in the country to reach the level before the outbreak of African plague before the end of March 2021. This will keep soybean purchases from world markets at a high level. Given the recovery of pork production in China, pork prices are falling and will continue to fall, which will reduce profits in the sector. Large Chinese companies have built pig farms in the country, which are about to start flooding the market with pork. China will increase soybean and corn purchases to feed pigs, but will not import meat because it will produce it itself.

China is to receive another 13.6 million tons of soybeans from the United States. Usually after the December, the Chinese stop buying soy from the United States and expect the new crop from Brazil at a lower price. However, will this be the case now because Brazilian soybean prices are not low? The Brazilian production is late this year and the rainfall in Brazil, which is good so far, will play a major role in resolving the soybean purchases case. The United States will remain with very low soybean stocks, but a strong soybean production in Brazil will suppress the prices of the new 2021 crop.

Soybean stocks in the United States will fall to a historically low level - this is expected from the USDA forecast. So far, we saw the weakest stock/consumption indicator in 2013/14 - 3.9%, but now it is expected to drop to 2.9%. Due to these expectations, the cancellations of purchases from Chinese buyers during the week did not significantly affect prices.

During the week, FOB prices of all oils and soymeal rose moderately. Corn, soybean and soymeal futures prices on the Dalian Stock Exchange also continued to rise.

The market around the world shows that the supply of all crops is below their demand, which is happening for the first time in the last 8-9 years. At the same time, China is importing heavily! One aspect in this direction is the distribution of the area planted with corn/soybeans in the United States in 2021. Everyone is looking forward to the USDA report on Tuesday. The forecasts are for reduced stocks of corn and soybeans in the United States and growth in consumption and exports. The report is expected to be price-friendly, but as sometimes happens - some investors have bought enough to sell it just when the expected forecasts come out. Something similar happened in previous USDA reports, and the price recovery took several weeks. The thesis that stocks will be low will be confirmed, but will they be low enough to support price growth? The function of the market is to set price levels so that there is always stock of something. If corn prices continue to rise, the question arises - what has changed so much in the world that a price of 5 USD/bushel is no longer a big deal and it should be increased?

As for the future plans of American farmers, they take into account the soybean/corn price ratio, which is 2.5 in neutral position. Now the ratio is 2.64, i.e. we should see more soy. Now, however, the situation is different. At low prices of both crops, attention is paid to the cash flow that will be needed for their cultivation - soybeans win here. At high prices, however, this factor fades and the security of the production comes to the fore and corn leads here. Farmers are expected to plant more corn in 2021.

It rained for another week in Brazil - not too much as expected, but moderately and the soil in the surface layer is always moist. It's not raining in Argentina - for now. The corn is in the phase of formation of cobs but there is no precipitation. Some forecasts indicate that this will change in the next 2 weeks, but how much it will rain is still unknown. The situation in Argentina is very important for the markets and it is the rainfall there that is supporting the prices now. Let's not forget, however, that it is not the largest producer of either soybeans or corn in the world, and losses can be limited to 2-6 million tons for each crop. For now, it seems that Argentina's price support is rather psychological. Soybeans are now produced in Brazil, and second-harvest corn (the main production) is to be planted in the next two months.

What is going to happen with wheat? No significant changes are expected in the USDA report on the wheat balance on Tuesday. Given that Russia is restricting exports - this may be confirmed by export data, which we will see in the middle of this week and very weak exports from Ukraine, then exports from Romania and Bulgaria will increase. Throughout the week, FOB prices of Ukrainian wheat rose. Domestic wheat prices in Russia have not yet been adjusted for export by imposing the tax - so far they remain quite high. Over the past week, FOB prices for Australian wheat went up by 2 USD/ton to 277 USD/ton and FOB prices for Ukrainian wheat increased by 8 USD/ton to a total of 272 USD/ton. US wheat prices are becoming more competitive than other exporters, but they are still not at the European price level.

Wheat crops in the United States are not in good condition. If temperatures drop significantly, we will see more damage. The situation is similar in Russia. Very low temperatures are expected in the central parts of the country, but the snow is enough to protect the crops. However, they are in poor condition due to the drought in the last 3 months.

What to expect from the corn market? We still do not know the opinion of the Argentine government on the ban on the export of corn from the country until 01.03.2021. In the last week of 2020, US corn export sales proved to be quite weak despite the festive attitudes of traders. The data didn't sound bullish. Oil prices rose in support of corn and soybean prices during the week. Over the next two months, two events will have a significant impact on corn consumption in the United States - the approach of spring and the passing of the virus wave. As a result, we will see a jump in the consumption of ethanol. Corn stocks in the United States are not as low as that of soybeans. In the Black Sea region, Russia exports almost no corn, and Ukraine is reducing volumes. The reason is not weak demand, but the lack of sufficient stocks after the poor production. During the week, FOB prices of Ukrainian corn rose by 11 USD/ton.

In recent weeks, huge cash flows have invaded the grain markets, which is another significant factor in determining crop prices. Fears of difficult-to-control inflation are also an important element. How much money do the funds have to invest? Now corn has a huge long position. Can it get any bigger? We have seen a rapid decline in soybeans, but prices do not reflect this yet.

Over the past week, FOB prices for crops around the world continued to rise with few exceptions.

Wheat - Wheat prices were volatile. The Black Sea region wheat has risen significantly and remains the cheapest, well below the US wheat price. Australian wheat delivered in January has a FOB price of 277 USD/ton (+2 USD/ton per week).

Corn - During the week, corn prices continued to rise rapidly as a correction for excessively high prices took place in France. However, corn in Brazil rose by 7 USD/ton to 265 USD/ton. Black Sea corn price is currently 5 USD/ton higher than US corn, but this is not really surprising given the qualities and the difference in freight.

Soybeans - Throughout the week, soybean prices continued to increase rapidly. Brazilian soybean price remains the cheapest, but it is currently not offered on the market (+20 USD/ton for the week up to 530 USD/ton). US soybean exports remain very strong. Argentina resumes exports leading to growing soybean prices.