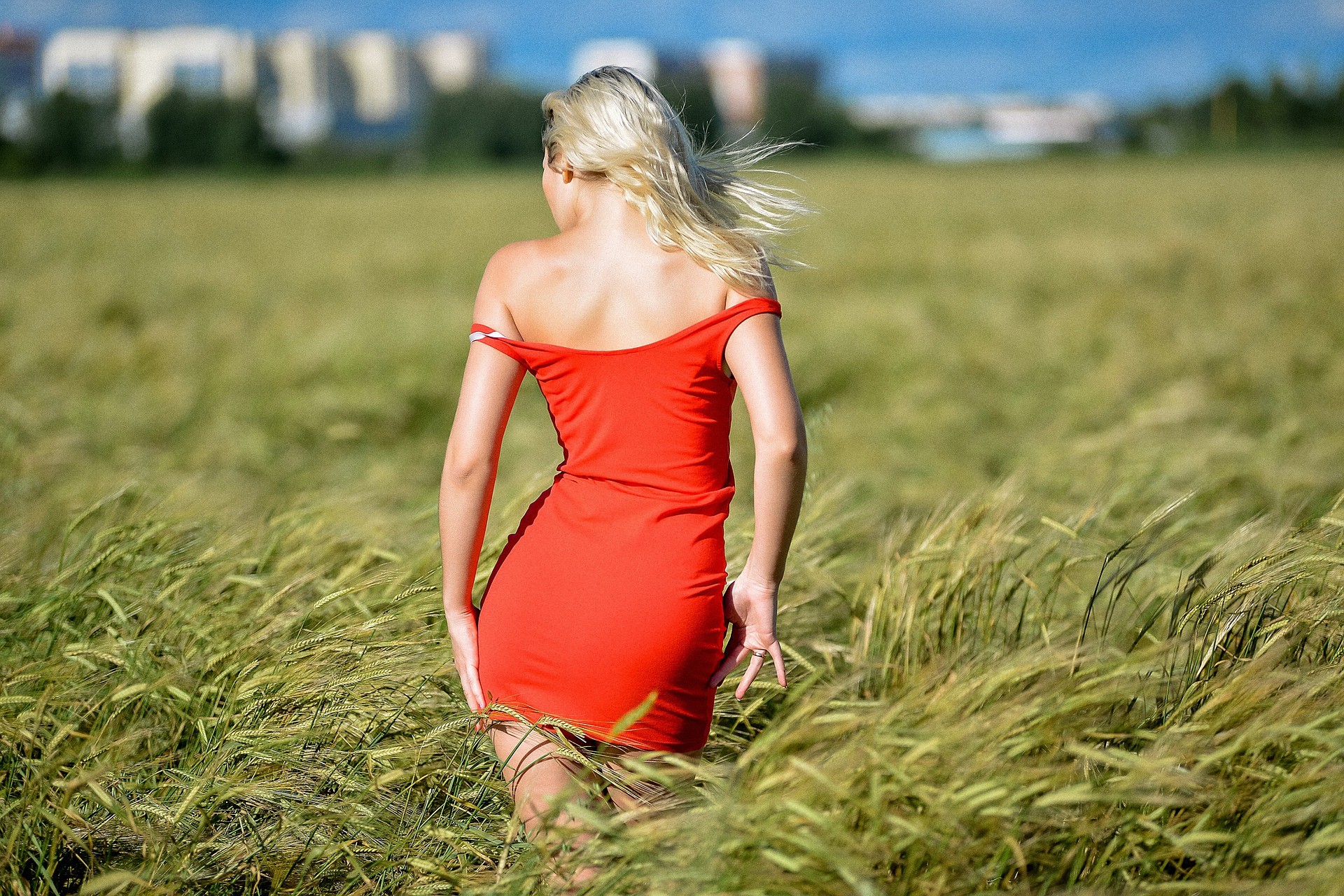 Oil prices have remained stable over the past week after OPEC+ expressed growing confidence in the global economic recovery and agreed to gradually increase oil production in the coming months. Oil prices are above $60 a barrel and the group is under pressure to increase production. Other commodities are also rising, leaving central banks from US to China to fight the risk of higher inflation, just as their governments are pouring trillions of dollars into fiscal stimulus.

Throughout the past week, CBOT May soybean futures prices went up by 1 1/2 cents to $14.02 a bushel.

Accumulated US Export Sales, for the week ended March 25.

The weather in the United States was dry over the previous week. There was massive rainfall in Western Europe, the Black Sea region, Australia and Brazil. It also rained in Argentina. Over the next 10 days, it will rain over some parts of the US Corn Belt, but not everywhere. In the Wheat Belt, weather will be generally dry and warm. We will see negative temperatures in Western Europe. The precipitation will be small and it will snow in some places. Weather will be relatively warm with moderate rainfall on the Balkans. It will also rain lightly in Ukraine and it will be cold. In Russia - relatively warm weather with moderate rainfall. Moderate rainfall is expected in Indonesia and Malaysia over the next week. In Australia, a lot of rainfall in the eastern parts of the country is predicted. Light to moderate rainfall is expected in central Brazil. In the southern parts, good rainfall is returning. In Argentina, rainfall continues. So far, there are almost no problems with surface moisture. The exception is the United States. There, the moisture reserves are minimal.

Corn exports from the United States remain consistently high. This does not bring any fears that sales will not be realized. So far no contracts have been cancelled. Wheat and soybean exports are also good, given that the USDA's annual forecasts have almost been met. Weekly export sales of corn are not considered very strong (797 thousand tons). Sales of wheat and soybeans are considered as supporting despite their small volumes. Data on wheat and barley exports from the EU are unexpectedly strong. For the second week in a row, Russia's wheat exports reach 500,000 tons, which is an excellent level considering the imposed export taxes. Exports of corn from Ukraine are very good for another week, but wheat has long lost momentum and expectations for 17.5 million tons of wheat exports will not be met.

There were three key highlights of the previous week:

As of March 1, 2021, soybean stocks in the United States were 42.5 million tons, compared to market expectations of 41.6 million tons and 61.3 million tons a year earlier. The difference is huge - a drop of 18.8 million tons or -31%. Farmers' stocks fell by 41%, which brings fears about supply in the coming months. With projected areas of 87.6 million acres (market expectations of at least 90.0 million acres and 83.08 million acres in 2020), we are very likely to end up with supply problems in 2021/22. Even with a yield of 50.8 bushels/acre, consumption will have to be reduced by 5 - 5.5 million tons in order to reach stocks of 2.7 million tons. However, if we see a drop in yield by 2-3 bushels/acre, imports or very high prices to limit consumption will be needed.

Quarterly US corn stocks were 195.6 million tons compared to the expected 197.4 million tons and 202 million tons a year earlier. Farmers' stocks decreased by 9.4% to 102.4 million tons. Here, too, there will most probably be supply problems for corn in the coming months. With projected areas of 91.1 million acres for 2021 (market expectations of 93.6 million acres and 90.8 million acres for 2020) and a yield of 179.9 bushels/acre, corn production may be insufficient for the new 2021/22 season. With ending stocks of 30.5 million tons for 2020/21, corn production of 382 million tons, consumption of 383.5 million tons, the ending corn corn will fall below 30 million tons. It turns out that with these areas and excellent yields, stocks are likely to decline. What will happen if the yield drops? Soil moisture in the United States is not very high and this will be a problem in the summer.

A new wave of African swine fever has killed at least 20% of the breeding herd in northern China since the beginning of the year. There is a real danger of great losses in China. The current situation shows that efforts to restore the herd by mid-2021 will not lead to the desired result. In 2019-2020, pig producers learned how to localize the disease by removing early infected pigs. Extremely cold winters, higher stocking densities with increasing numbers of pigs and new strains of plague have sparked a new spread of plague in Henan province, the country's third-largest pork producer. Many pigs are now being slaughtered and pork prices are under pressure. It is estimated that 20-30% of sows in the region have been destroyed and the damage is considered to be irreversible. The real situation is believed to be worse than the official announcements. New strains of the plague have been discovered that make prevention difficult. Pig prices fell between the period of January - March, but the number of piglets rose rapidly. Pork prices are expected to eventually rise. However, rainfall and floods in southern China are a serious threat to the spread of plague on farms.

Authorities in China have released 2 million tons of rice from the state reserve to meet the demand for raw materials from feed mills. The goal is to lower the price of corn. Since the beginning of the year, corn price has reached a record high level given the strong demand and reduced production in 2020. 1.4 - 1.5 million tons of rice were actually sold, which is 70% of the offered quantity. The base offer price was 228.62 USD/ton, which is much lower than the corn price. China's wheat and rice stocks are at historically high levels and can meet consumption for more than a year. We have to ask ourselves the question - will China be as strong importer of all crops in 2021/22 as it was in 2020/21? It is difficult to answer, because on the one hand the swine fever is on its peak again. The damage from it could be restored in 1-2 years if it is controlled properly. It is important what the corn, rice and wheat productions will be in China in 2021. For now, we can assume that imports in 2021/22 will be relatively strong.

What is situation like with rainfall around the world? In the United States, the supply of soil moisture is not high and corn will not be able to rely on winter moisture during summer. There is drought in some northern states and Canada. There is sufficient moisture in Australia and it continues to rain in the eastern parts. Wheat has not yet been sown, but this is forthcoming and will be done in a complicated environment. Rainfall in Argentina continues. Rainfall will resume in Brazil as well, in small volumes so far, but it will still rain. The second corn crop has so far not experienced a prolonged shortage of moisture.

The week turned out to be short and there was no time for the markets to react meaningfully to the USDA report. Another factor now is the reduced purchases of corn and soybeans from China. There is sufficient supply, the demand is not at the required level, the condition of the crops from the new crop in the Northern Hemisphere is good and it is improving.

At the end of the week, agricultural commodities FOB prices fluctuated, with the largest deviations in FOB sunseed price.

Wheat - During the week, wheat FOB prices fell significantly for another consecutive week. This week, the prices of wheat from Argentina also decreased. Throughout the previous week, the FOB price of Australian wheat with delivery in April decreased by 9 USD/ton to 265 USD/ton. Black Sea wheat is currently the cheapest and demand is growing, but the supply is sufficient and there are no significant price fluctuations.

Soybeans - During the previous week, soybean FOB prices fell. In Brazil, soybean price has also fallen by USD 5/ton to USD 508/ton and it is currently the cheapest on the market.https://agrural.com.br/

FOB prices of Russian wheat are falling and it is still unknown what will happen during the harvesting campaign and after that. At this point, nothing can be estimated precisely given the drive for inflation around the world, the good condition of wheat crops and the expected strong demand during summer and autumn.