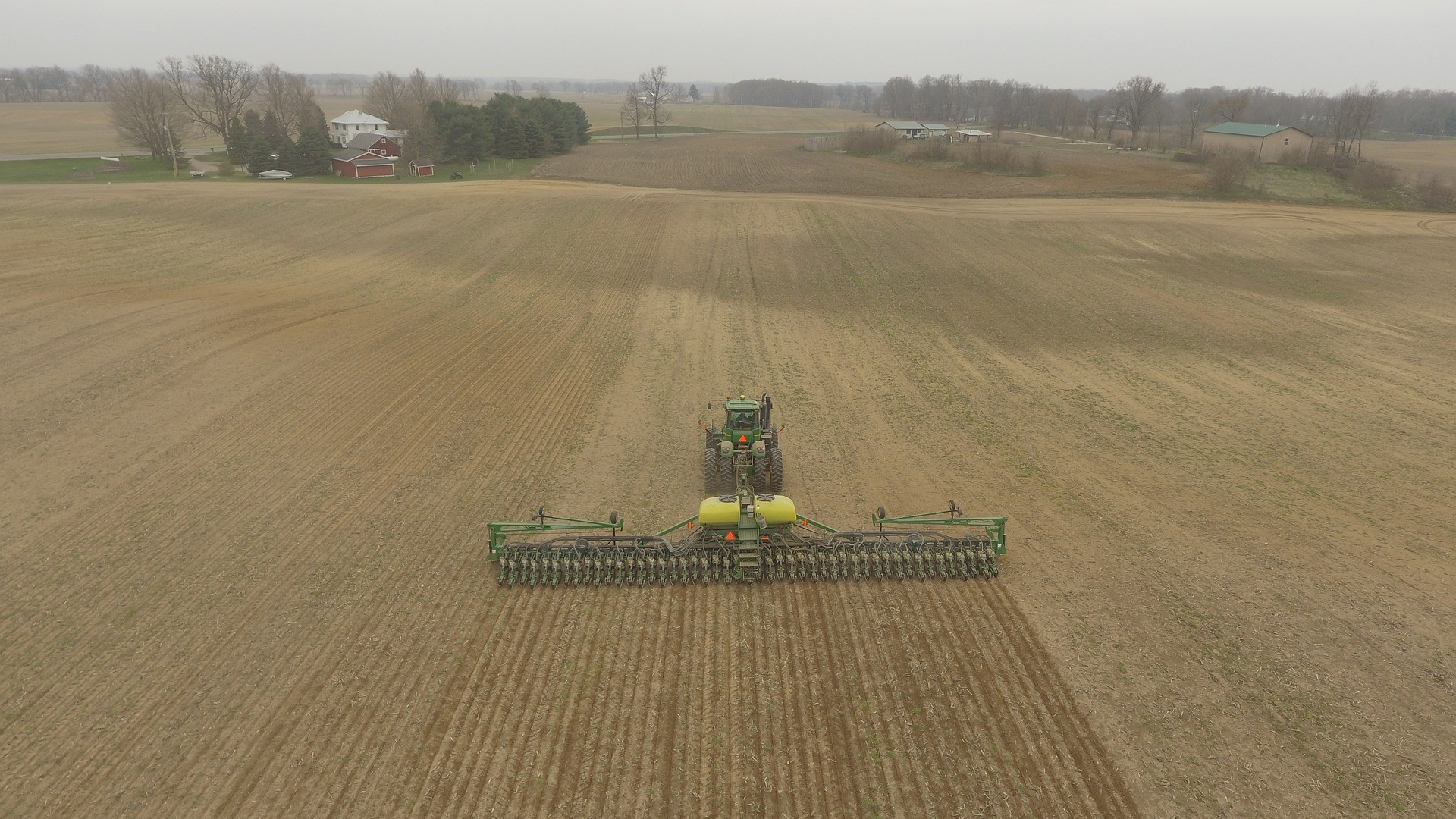 China may tighten the control over commodity prices. This is in connection with the request of the Central Bank of China to commercial banks to increase lending. If this happens, there will be new upward pressure on commodity prices, which will slow down growth. The Chinese are trying to do two opposite things at the same time and we will see how far they can go.

Yesterday, CBOT May SRW wheat futures prices fell by 10 3/4 cents to close at $6.28 a bushel. Prices fell due to demand problems and improved prospects for the Russian production. There are still problems with moisture in spring wheat areas in the United States. It's been raining for the last few days, but that's not enough. The conditions for the development of wheat crops in the world are good. There are problems with the cold weather in Europe, but so far this has not caused damage to crops. 53% of winter wheat crops are in good and excellent condition in the United States (53% a week earlier and 64% a year earlier). The sowing campaign of spring wheat was carried out on 11% of the planned areas (3% and 6%). During the week ended on April 8, 2021, export inspections of wheat from the US were at the level of 458,432 tons (635,487 tons a week earlier and 662,173 tons a year earlier). Since the beginning of the season, total export inspections of wheat have reached 21.40 million tons (21.50). The largest customers for the week were the Philippines, but there were also deliveries to China - 67,999 tons. Last week, China sold 515,209 tons of wheat from the state reserve, which is only 12.8% of supply at an average price of 9.76 USD/bushel. Apparently, all farmers in China have stocked up on a lot of grain - corn, wheat, rice and now are not looking for larger stocks. Problems with African swine fever stop them from making such stockpiles. ICAR has raised its forecast for the wheat production in Russia in 2021 by 1.2 million tons to 81 million tons. Last week, SovEcon raised its forecast for the wheat production in Russia to 80.7 million tons. Given the expected higher opening stocks for 2021/22, the supply of Russian wheat in the new season will be excellent. Black Sea wheat FOB prices over the past week continued to decline with weak demand and moderate supply.

Yesterday, Chicago May corn futures prices decreased by 8 1/4 cents to close at $5.69 a bushel. Weakness in soybeans also affected corn yesterday. So far, there are no significant problems with the sowing campaign of corn in the United States. There is a drought in Brazil, but the market expects it to be resolved soon with new rainfall. In the week ending April 11, 2021, 4% of the planned areas for corn were sown in the US, compared to 2% a week earlier and 3% on average for the last five years. Weekly export inspections of corn from the United States are at the level of 1,584,761 tons (2,160,490 and 1,176,514). Since the beginning of the season, total export inspections of US corn have reached 37.58 million tons (20.62). During the week, export controls fell well below 2 million tons, which is a little worrying. In order for US exports to reach 70 million tons for the season, an average of about 1.5 million tons of corn must be exported per week by the end of the season. Weather in the US corn belt is cold and dry, which can delay sowing mainly due to low temperatures. Since the beginning of the season, EU corn imports have reached a total of 12 million tons, down 27% from the previous year.

Corn is at a turning point in the market. Huge quantities have been sold that buyers do not seem to need. At the same time, as always, an excellent production is expected. So far, there have not been any cancellations of purchases already made, but as the season progresses, we can see that. We expect a drop in the long position in Chicago in the coming weeks.

Yesterday, the prices of May soybean futures in Chicago fell by 21 cents to $13.82 a bushel. Without news from Brazil, where the crop is harvested on 85% of the area, the market is vulnerable to lower prices. Soybean prices in Dalian fluctuate within relatively narrow range and there are no prerequisites for a breakthrough. On Friday, the USDA raised its forecast for the Brazilian soybean production. So far, soy has nothing left but to become cheaper. The USDA announced two major export sales of the old soybean crop to China (132,000 tons) and to Bangladesh (110,000 tons). The US Weekly export inspections of soybeans are at the level of 327,799 tons (384,662 and 475,597), and from the beginning of the season they add up to a total of 54.80 million tons (32.28). The Malaysian Palm Oil Council has raised its expectations for palm oil stocks in the country to 1.45 million tons by the end of March, which is 10.7% more than the February estimate and is the highest level for the last 4 months.