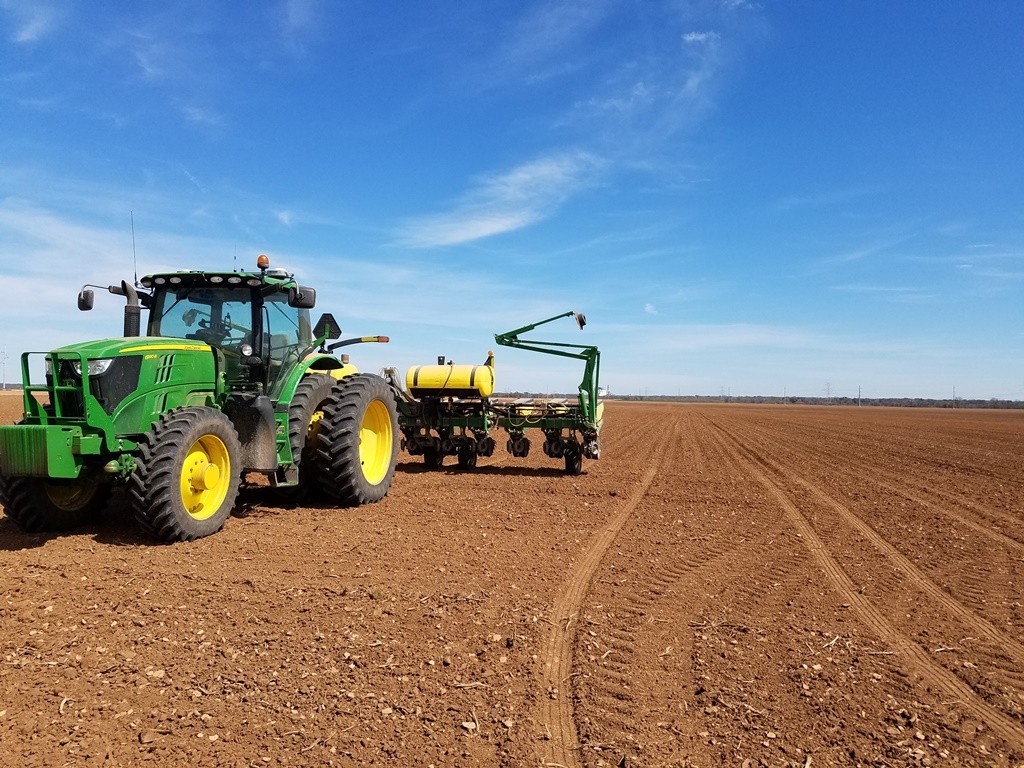 Oil prices rose after industry data showed that US oil stocks decreased by 3.6 million barrels in the week ended April 9, compared to the forecasts for a decline of about 2.9 million barrels. OPEC has increased its forecast for global oil demand by 5.95 million barrels per day in 2021, which is 70 thousand barrels more than the previous forecast from last month.

Yesterday, CBOT May SRW wheat futures prices rose by 18 1/4 cents to close at $6.48 a bushel. Wheat price rose for the second consecutive session, which was provoked by moisture problems in the United States and Europe. Heavy rainfall is not expected anywhere, only light and insufficient at some places. Global weather data show that wheat crops in Europe have been subjected to low-temperature heat stress. Over the next 7 days, it will rain in the US Wheat Belt, but the rainfall will not be much and will be distributed in places. Tensions between Russia and Ukraine are affecting the wheat market around the world. Weekly export sales of wheat from the United States are expected in the range of 50,000 - 200,000 tons of old crop and 300,000 - 500,000 tons of new crop. The poor wheat production in France will force the country to slow down the export rates until the new crop is harvested.

Yesterday, CBOT May corn futures prices closed at $5.94, up 14 cents. Yesterday, corn futures ended strong trading for the second consecutive session. Support was provided by the drought in Brazil and the low temperatures in the US Corn Belt. Strong base levels are a signal that consumers are competing for stocks for domestic consumption; for ethanol or for export. There is drought in many news in the US Corn Belt. The traditional spring deep moisture is missing. In order to get good yields, the rainfall in the summer must be sufficient. The slow start of the sowing campaign of corn in the United States due to the cold weather gives reason to expect not very large corn areas. The market was also supported by rising oil prices. The possibility of a military conflict between Russia and Ukraine is also recognized by markets with problems around grain logistics in the region. In the week ended April 9, 2021, 941,000 barrels of ethanol were produced daily in the United States. The figure is 34,000 barrels per day lower than last week and 92,000 barrels per day below the pre-COVID level. Stocks fell sharply by 124,000 barrels to 20,518 million barrels, the lowest level since 11/13/2019. In the last 6 weeks, corn consumption for ethanol production in the United States has remained at over 2.54 million tons per week. Last year, ethanol production in Brazil grew by 58% and this year it is expected to grow by 25%. The main raw material is sugar cane, but the share of corn is growing rapidly. Weekly export sales of corn from the United States will be 500,000 - 900,000 tons of old crop and 0 - 300,000 tons of the new crop. As of April 12, 2021, 58.6% of the first corn crop has been harvested in Brazil and the sowing campaign of the second crop was performed on 99.6% of the planned areas. In Parana, only 76% of the corn crops are in good and excellent condition compared to the usual level of 93%. There will be some rainfall in Brazil next week, but it won't be significant. Within 30 days, no heavy rainfall is expected and this is pushing corn prices up.

Yesterday, Chicago May soybean futures prices increased by 20 1/2 cents to close at $14.10 a bushel. Soybean price rose after a sharp rise in world soyoil prices. The strength of the wheat and corn market and the growth of oil also supported the soybean market. Soyoil has risen in price given the expected low soybean stocks in the United States and potentially less processed soybean volumes during the summer, i.e. oil shortages are expected. Farmers in the United States do not have much soy for sale, and when prices fall, they immediately withdraw from the market in expected growth, which is happening so far. Weekly export sales of soybeans from the United States are expected to decrease by 100,000 tons and increase by 200,000 tons for the old crop and 0 - 500,000 tons for the new crop. China has bought 35.8 million tons of soybeans from the old crop and has already received 34.9 million tons. The Ukrainian government plans to impose a ban on sunseed exports in 2021/22, but not on sunseed oil. However, traders expect to stop oil exports from May to the end of the season with the aim of lowering domestic oil prices. In France, the rapeseed areas will be well below the level of 2020, which pushes up the rapeseed price in Paris. Rapeseed price increased by 8-9 EUR/ton yesterday. According to analysts, the areas will be 19% below those of 2020.