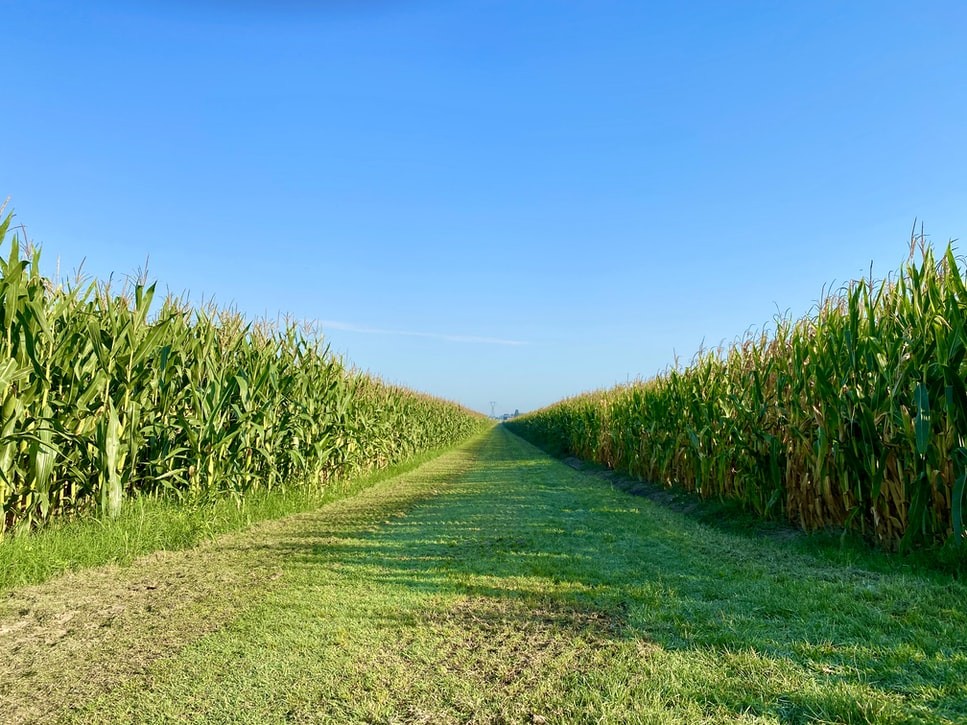 Iron ore prices are further decreasing as China intensifies its efforts to control the jump in prices by introducing more measures to limit the recent growth. Rising commodity prices have led to rising factory prices in the country to their highest level since 2017. Inflation concerns are growing around the world given the broad economic recovery and huge stimulus programs. Shippers and domestic producers will eventually not be able to withstand the increased steel prices, according to an analysis by the China Iron and Steel Association.

Chicago fund positions (futures + options) for the week ended May 11:

Accumulated US Export Sales for the week ended May 06:

Rainfall in the United States has visibly increased over the past week. It's raining in a lot of places, but not everywhere. There have been no precipitation in Canada so far. There was good rainfall in Western Europe, the Balkans, Ukraine and Russia. In the central regions of Brazil, the drought problems remain. Precipitation fell in places in the southern parts of the country, but not in large volumes. There was no rainfall in Argentina. There will be moderate rainfall in the US Corn Belt over the next 10 days. Rainfall in the US Wheat Belt will also be good. In Canada, precipitation is expected at the end of next week. In Western Europe, cool weather with moderate to good rainfall. Warm weather is expected on the Balkans with almost no precipitation. In Ukraine, warm weather without precipitation in the south. In Russia, cool weather with minimal rainfall in the southern parts of the country. Normal rainfall in Indonesia and Malaysia. In Australia, light rainfall in places. In central Brazil, precipitation is expected at the end of next week. In the southern parts of the country, light rainfall will take place. In Argentina, light rainfall is expected over the whole country. It will rain in many places in the United States. So far, only North and South Dakota would remain dry. Rainfall continues in Europe. Drought problems are expected to remain in central Brazil. So far, drought problems remain in Canada and Brazil and they are being resolved in the United States and Europe.

Last week, the USDA published its May report on the state of the world's grain balance with the first forecast for the new 2021/22 season. Key changes:

Overall, the May USDA report was optimistic for corn and wheat. It should be noted that high prices do not reduce consumption so far. As for soybeans, the balance is tighter and this worries the markets. We will also see an excellent sunseed production - especially in the Black Sea region. Consumption and stocks are visibly increasing without a significant change in ending stocks, ie. stock/consumption ratio is decreasing.

On Friday, corn futures prices in Chicago fell again to even lower levels. In the new week, China is expected to buy 3.8 million tons of corn from the new crop from the United States. Estimates of corn production losses in Brazil are increasing, but this could not outweight the optimistic report of the USDA and markets collapsed. Much lower values ​​were expected for the corn production in Brazil in the May USDA report. Corn prices are now expected to rise at the first signal that corn areas in the United States will remain at the level of the current USDA forecast and yields will not reach the expected level. The supply of corn in the world will be close to the current record achievements, the demand will be at an all-time high. IHS Markit Agribusiness forecasts 96.8 million acres of corn in the United States, which is above the March forecast of 94.294 million acres and well above the current USDA estimate of 91.1 million acres. These areas at a yield of 179.5 bushels / acre will provide a corn production of 403.8 million tons. In case the yield drops due to low rainfall to 170 bushels/acre, the production will be 382.5 million tons. Both figures are large enough to stabilize the market throughout the season.

In France, Ukraine and Russia sowing campaigns of corn are going at a very fast pace. Crops are in good condition due to the sufficient rainfall and favourable weather conditions.

In general, the corn market is cooling and the very long net position in Chicago has room to fall. Once the sales are over, we may see some price increases, but then a new assessment of the productions in Brazil and the Northern Hemisphere will be made.

Soybeans were not affected by the general decline in the markets during the week. Low ending stocks worried everyone and sales were not so much. Low ending soybean stocks in the United States have been confirmed for the old crop and the estimates for the ending soybean stocks of the new crop are also low, although there is a long time until they are realized. We expect soybean areas in the United States to be 87.6 million acres in 2021, which will leave a tight balance in 2021/22. Brazil is about to sell the largest amount of soybeans to the United States since 2014. 208,000 tons of soybeans have already been shipped or are being prepared for export .

Private analysts have predicted that the world's sunseed production will reach 57 million tons in 2021/22, which is 7 million tons more than 2020/21 and almost 2.5 million tons higher than the estimate from the May USDA report.

Rainfall in the US Wheat Belt has led to the drop in wheat prices during the previous week. Wet weather is returning to the central United States. Good rainfall is expected in Kansas and Oklahoma. It would remain dry in North and South Dakota. The rapid sowing of spring wheat has a stabilizing effect on the markets. There are no worrying signals from the Black Sea region so far. After the rains in Russia, temperatures will get significantly higher, but this will end in 5-6 days. In the new season, the USDA expects record high consumption of wheat for feed. This will happen against the background of a large corn supply, which will obviously not be enough - 159 million tons for 2021/22 (158 million tons for 2020/21 and 139 million tons for 2019/20), including China with 35 million tons (40 and 19). The USDA attaché in Russia estimates the wheat production in Russia at 77 million tons in 2021, wheat exports at 40 million tons and ending wheat stocks at only 5 million tons (15 million tons in the USDA report). At the end of the week, SovEcon raised its forecast for the Russian wheat production from 80.7 million tons to 81.7 million tons, which is entirely due to larger wheat.

Over the period of March - April, the herd of sows in China increased by 1.1% to a level that is 23% higher than a year ago. The level reached seems to be good according to the Chinese.

After huge increases in recent weeks, a strong decrease in prices followed. We will find out whether it was just a price correction in the coming weeks.

Wheat - The FOB price of Australian wheat with June delivery decreased by 1 USD/ton for the week to 294 USD/ton. Wheat from Ukraine and France are now the cheapest. Wheat price in the United States and Argentina are still well above them.

Corn - The cheapest on the market is currently Argentinian corn but the price will probably not stay so low. FOB corn prices of other exporters are relatively similar. The FOB price of Brazilian corn with delivery in August, ie. new crop, fell sharply by 31 USD/ton to 298 USD/ton .

Soybeans - During the past week, FOB soybean prices fell the most in the United States. The FOB price of Brazilian soybeans fell by only 8 USD/ton to 569 USD/ton.