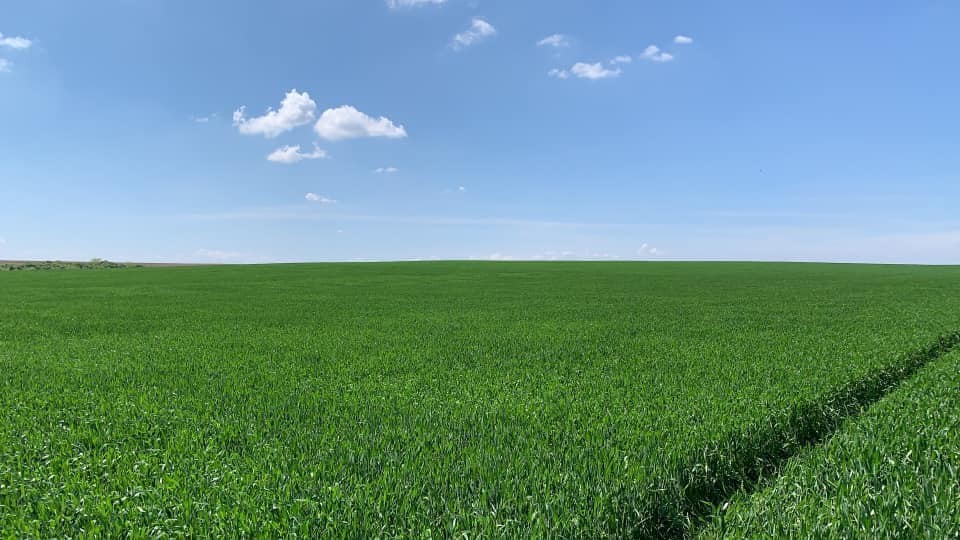 Crude oil stocks in the United States dropped by 5.9 million barrels last week, the Energy Information Administration (EIA) said on Wednesday, more than doubling analysts' expectations for a 2.9 million barrel drop. Crude oil stocks on the East Coast fell to record lows. “We see robust stock draws even after factoring in bearish risks as refinery runs are set to rise sharply in the coming months,” analysts at Citi Research said. Gasoline delivered to the market last week, an indicator of fuel consumption in the United States, rose to 8.9 million barrels per day, the highest level since August, the EIA report said.

Yesterday, CBOT May SRW wheat futures prices closed at $6.53 3/4 a bushel, up 5 3/4 cents. Weather continues to be a leading factor in the wheat market. Low temperatures have reached winter wheat areas in the Midwestern United States. It will rain in some places, but in general the forecast remains for a deficit of moisture. Weak export sales are also a negative factor for the wheat market. Weak wheat exports from the US and the EU provide support to exporters from the Black Sea region and Australia. In recent days, temperatures in France have dropped well below 0 degrees and this may have caused damage to the wheat crops. For now, it is too early to evaluate the impact of the low temperatures but it will have some effect on the wheat production. In the week ended on April 8, 2021, the export sales of wheat from the United States decreased by 56,638 tons due to the cancellation of old contracts. Export sales were 81,969 tons a week earlier and 178,316 tons a year earlier. Since the beginning of the season, total export commitments for US wheat have reached 25.13 million tons (25.22). Sales of wheat from the new crop were 274,440 tons (419,367) and export commitments for the new wheat crop are 1.98 million tons (1.69). Japan has bought 90,169 tons of wheat from the United States and Canada and the Philippines is looking to buy 380,000 tons. Strategie Grains left its forecast for the soft wheat production in the EU in 2021 unchanged at 129.5 million tons. Brazil continues to import corn from Argentina in order to fill in the country's deficit and reduce domestic prices. Analysts estimate that China will roll over 6 million tons of old corn purchased from the United States into a new one which means that ending stocks of corn are likely to be higher than previously expected.

Yesterday, CBOT May corn futures prices fell by 4 cents to close at $5.90 a bushel. Corn futures ended the session with mixed movements after reaching the level of 6 USD/bushel for the first time in the last seven years. The decline was also supported by weak export sales. However, since the beginning of the season, sales have reached 98.3% of the annual forecast of the USDA. The key factor remains how real the exports are and whether there will be canceled sales. The latest weather forecasts point to above normal temperatures and below normal rainfall over the next 3 months. The season is already classified as dry with low winter and spring soil moisture reserves. Tensions between the United States and China are growing, and this is worrying for traders. However, this could be a positive factor for US competitors in corn exports - Brazil, Argentina and Ukraine. There are also tensions between Russia and Ukraine. The weekly export sales of corn from the US are 327,741 tons, which is well below the market expectations (757,039 and 906,618). Since the beginning of the season, total export commitments for corn are 68.81 million tons (34.66). Sales of corn from the new crop were 52,578 tons (62,923) and export commitments for the new corn crop reach 2.10 million tons (2.43). Weekly sales of sorghum reached a record 656,732 tons. The weekly export of sorghum is also at a record high level of 860,387 tons. The Buenos Aires Grain Exchange raised its forecast for the corn production in Argentina by 1 million tons to 46 million tons. South Korea has bought 66,000 tons of corn from the United States.

Yesterday, Chicago May soybean futures prices rose by 8 1/4 cents to close at $14.18 1/4 a bushel. In March, soybean crush reached 4.84 million tons in the United States, which is estimated by the market as a high level. Demand for soybeans continues to support prices as well as low stocks. The indicator is below the levels of March 2020, which is the second consecutive monthly decline as the first was in February. However, soybean crush since the beginning of the season is still above that of 2019/20. Weekly export sales of soybeans reached 90,448 tons (-92,461 and 244,708). Since the beginning of the season, total export commitments have reached 60.76 million tons (37.48), which is 97.9% of the annual forecast of the USDA. Sales of soybeans from the new crop were 265,544 tons (60,000) and export commitments add up to a total of 5.88 million tons (0.94). Weekly sales of soymeal were 71,500 tons and 26,000 tons of new crops. Weekly soyoil sales were 1,500 tons. With low soybean stocks in the United States, any drop in prices immediately stops farmers' sales, which is a logical reaction. With its record soybean production, Brazil will be a strong competitor to the United States in the coming months. And it's good that Brazil is saving the world from soybean shortages. Yesterday, the FOB Ukraine price of sunseed oil rose by 50 USD/ton given the expected restrictions on sunseed oil exports. Consumption of biodiesel in Indonesia in 2022 will be 9.6 million kiloliters compared to 9.2 million kiloliters in 2021. By 2030, consumption is projected to reach 14 million kiloliters.